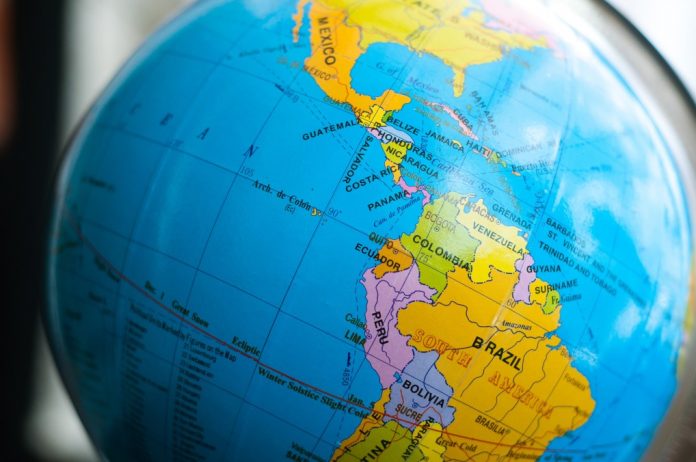 Overviews of Latin American economies are usually pessimistic affairs. Startling figures on inflation, soaring unemployment and capital flight tend to dominate analyses. Yes, all those things stand this year, but we’ve decided to start on a more positive note. Last year, venture capital (“VC”)-backed companies raised USD 14.8 billion across 772 deals in the region. This was more than the total capital invested in Latin America in the previous six years combined. This is an exciting time for the region – we look at how sectors ranging from agriculture, mining, energy and banking are booming. This Insight considers the region’s macroeconomic dynamics, political pressures and industry winners and losers. Critically, we ask – how will these factors affect business and guide investment decisions in 2022?

On the macroeconomic front, inflation remains Latin America’s most intransigent challenge. A sharp rise plagues the region; in Brazil, inflation stands at almost 11%, neighbouring Argentina will be lucky if it is able to reduce its rate to below 50% this year. Increasing commodity and import prices are driving inflationary pressures, compounded by global supply chain disruptions and exchange rates in freefall. In response, monetary authorities in Mexico, Brazil, Peru, Chile and Colombia have increased their policy rates. This may help bring inflation under control, but it will also inhibit private consumption and thus erode household purchasing power at a time when household budgets are already under severe pressure given the twin pressures of rising energy costs and unemployment. As income has stagnated across the region, so lower levels of spending will follow. This in turn will lead to a drop in sales for consumer-faced businesses making retail-sector focused investments a risky bet.

Political developments will exert a profound effect on markets. Elections in Brazil and Colombia could see leftward economic policy tilts. Opinion polls predict a return to the presidency for Brazil’s Luiz Inácio Lula da Silva (“Lula”). His previous administration spent heavily on welfare but recently, hedge fund and private equity circles have spoken favourably of the orthodox economic policies during his previous tenure in office (2003-2010). Markets will remain jittery until they get a better sense of whether Lula is likely to adhere to similar policies this time round.

Uncertainty will also undermine near-term investment in Peru where President Pedro Castillo changes cabinet by the week. A political consultant based in Lima said, “The outflow of capital in the second and third quarters of last year were the largest seen in over fifty years – funds equivalent to 7.4% of GDP left the country. This was driven primarily by uncertainty over Castillo’s political agenda, not least his promises to nationalise key industries including mining.” Investors can take some degree of reassurance that the pro-business congress will impede his more radical reforms.

In Chile, the incoming government of Gabriel Boric is likely to clash with a Constitutional Convention dominated by leftists similarly keen to nationalise the mining industry. A professor at the University of Chile explained, “Mr Boric knows a bigger state will make Chile less attractive for foreign investors. During the campaign, he moderated his stance on tax reform and recognised the importance of foreign investment in critical mining infrastructure.”

From an investment perspective, political stability matters, Costa Rica being a case in point. The country leads Central America on this metric – no surprise then that foreign direct investment to the country is at an all-time high. Last year, Concentrix, a business performance company announced plans to create over 1,000 new jobs in the country. This year, Intel is to double its investment in local assembly line facilities to USD 600 million.

Amidst an astonishing tech boom, Latin America is fast developing into a dynamic startup hub. Colombia alone attracted USD 14.8 billion in capital inflows last year – delivery firm Rappi became the country’s first unicorn in 2019. The success of Brazil’s Nubank – which effectively tapped into Latin America’s demand for a broad range of financial services has seen it develop into the largest challenger bank in the world, with 33 million customers and a USD 25 billion valuation.

Fintechs are also fomenting a transformation in the way that people are managing their finances – around 40 million people opened bank accounts across the region last year.

2022 is likely to see a raft of new unicorns this year led by Mexican fintech Clara, Colombian education platform Platzi and Chilean fintech Xepelin. A partner at a US-based VC company commented, “What is fascinating about many of these startups is that they are challenging Latin America’s traditional economic model – large often family-owned conglomerates and failing businesses that survive because of subsidies and cosy political relationships where favours can be asked if times are tough.”

Banking is another area where innovation is spurring investment interest. CitiBanamex, Mexico’s second largest bank will end its retail operations this year creating opportunities for small local fintechs to come to the fore including Clip, Klar and Bitso, the latter allowing customers to buy and sell cryptocurrencies, something Mexico’s traditional banks have avoided. A senior official at Mexico’s Federal Economic Competition Commission said, “The emergence of new fintechs in 2022, from a competitive point of view, will lead to better products and a more diverse range of those products. It can reduce prices and force smaller banks to adopt modern technology to keep pace with their peers.”

Fintechs are not just spurring technological innovation but also social inclusion. Mexico’s Jefa has raised USD 2 million in seed investment to develop a new startup offering digital accounts specifically designed for women across Latin America and the Caribbean – 115,000 customers have signed up so far.

Offshore oil discoveries are continuing apace especially in Guyana and Suriname where this year expectations of significant windfall are fuelling ambitious expenditure on infrastructure and to service mounting debt. This month, Frontera Energy – a Canadian petroleum exploration company – announced it had found significant offshore oil deposits in Guyana. This will galvanise exploratory activities from competitors, not least Exxon which since 2019 has uncovered reserves of more than 10 billion barrels of crude from the Stabroek block.

In neighbouring Suriname, a political analyst highlighted current developments, “Oil majors have discovered almost four billion barrels of oil in Suriname’s offshore basin. Total and APA are planning a USD 7 billion investments this year. For Paramaribo, this is an opportunity to tackle impending fiscal responsibilities.” For investors this is an enticing new market with opportunities across a broad range of infrastructure sectors and an increasingly middle-class consumer base.

“Green” will be a key economic theme for 2022 in Latin America. The region is likely to experience an uptick in investment in renewables infrastructure, particularly in offshore windfarms. Brazil has signed a raft of windfarm partnership deals with Australian investor Macquarie Group worth some R$ 50 billion. This year, other investors will look to take advantage of an abundance of renewable energy sources, from wind to water to solar. Opportunities will become increasingly attractive as regional administrations look to improve regulatory frameworks to facilitate investments and ease ESG concerns.

Agriculture is a mainstay of most regional economies; technological innovation will continue to make the industry more dynamic in 2022. The region is facing an urgent need to increase the efficiency and sustainability of food production. The co-founder of a Paraguay-based agribusiness consultancy said, “Latin America has around 15 million smallholder farmers and improving the sophistication of their agricultural techniques has the potential to create USD 13 billion in additional value by 2030.”

Mexico’s Jüsto, an online supermarket is one of several Latin American agrifoodtech startups that are recalibrating grocery supply chains. The company focuses on delivering locally sourced products directly to clients, cutting out the middleman. It raised USD 65 million in a round led by General Atlantic this year already and is looking to expand into key markets in South America later in 2022 spurring increased innovation and competition in the sector.

In Bolivia, lithium opportunities are starting to attract foreign investment interest. “Resource nationalism is being displaced by a more pragmatic approach to the sector,” explains a Bolivian mining expert. State-owned Yacimientos del Litio Bolivianos is looking for foreign partners to kickstart extraction activities. With the prospect of strong returns, companies from US Lilac Solutions to China’s Cmoc have shown strong interest in doing so.

Covid has hit retail and tourism hardest. The tourism sector, a significant contributor to GDP, saw visitor numbers to Mexico and Central America slashed by over 70% in 2020/21.

A senior executive at the Panamanian Association of Travel and Tourism Agencies explained “Countries across the region have sent mixed signals on their approach towards letting visitors in. Administrations are keen to remove restrictions and focus on reenergising the tourism sector with an emphasis on environment and communities.”

In Mexico, a former adviser to the government of Quintana Roo said, “One of the key challenges for the sector is to loosen the dependence on revenue streams from North America. It took decades for the sector to understand the importance of better air connectivity with emerging client markets. Hopefully, that will start to change this year.” Markets would do well to keep a close eye on public-private partnerships, infrastructure investment and technological improvements – doing so will make investments in the sector a more worthwhile prospect.

For investors looking for the next big thing, Latin America is an exciting prospect. It is darkly ironic that a pandemic which devastated the region also spurred the kind of innovation that is more often associated with hubs in Asia and North America. From healthcare to groceries – startups are recalibrating supply chains and cutting out superfluous middlemen. Yes of course commodities still matter – gold, oil, lithium – these will remain the bread and butter of administrations across the region, but it’s the technological revolution which is whetting the appetite of venture capitalists.

Where governments are open to the kind of entrepreneurialism that could challenge the dominance of Latin America’s staid family-owned conglomerates, they will be rewarded with capital inflows from investors seeking to take a punt on new ideas. Where protectionism prevails, and administrations shield industries from genuine competition, its not just capital that will leave their shores, so too will their best entrepreneurial minds.