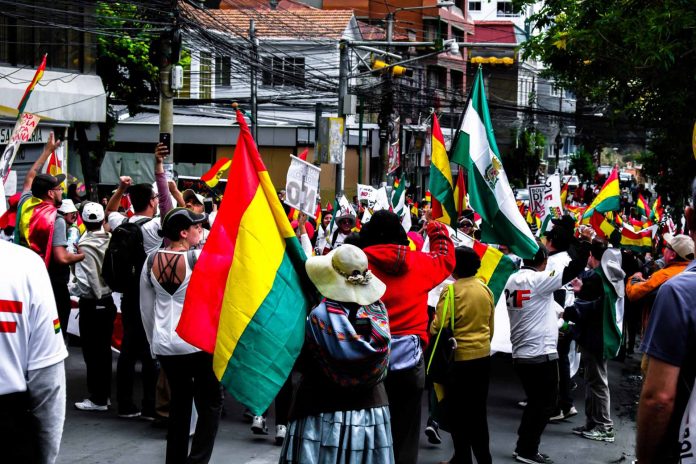 The catastrophe of COVID-19 has fallen by the wayside as political turmoil takes hold of Bolivia. Most of the unrest centers around the electoral court which has now been postponed for the second time and will be held on 18th October. This power void has left Evo Morales and his MAS Party to seize power from the laissez-faire interim government. They have already used their 2/3 majority in the Legislative Assembly to postpone the election and have now begun to hinder the management of the government.

Laws are being passed to prevent loan forgiveness, blocking of international loans and other relief measures which would ease the people’s distress. “Bolivia has the worst institutional and economic situation of its neighbors,” said the head of campaign for a presidential candidate. “The political and social breakdown in Bolivia is taking the economic crisis to the extreme.”

“These elections are vital. If they postpone it again, I wouldn’t rule out civil war.”

Head of campaign for presidential candidate.

A failing political system and an already deficient health system have left the country in shambles and motivated the people to protest. “MAS left a non-existent health system but the Añez government contributed to it with its inefficiency and corruption. It seems that the government is just waiting for a miracle to happen,” notes a candidate for senator.

The population suffers from lack of food and more than 50 people have already died in hospitals due to lack of oxygen, the government doesn’t seem to have the power, the ability and probably even the interest to unblock the country. And the truth is that “there is no plan B if the government falls. There is no one who could rise to power,” worries one source.

It might be expected that MAS exploit the crisis to regain the presidency but there remains a large split in the party – the less radical elements distancing themselves from those still loyal to Morales who remains in Buenos Aires.

“Añez has to go but calls for her resignation have to stop to avoid a power vacuum.”

Whoever emerges victorious from the election in October will face an uphill struggle to reunite the country and pacify the people.