Jaime Aparicio-Otero is the former Bolivian ambassador to the United States and a former permanent representative to the Organisation of American States and president of the Inter-American Juridical Committee. 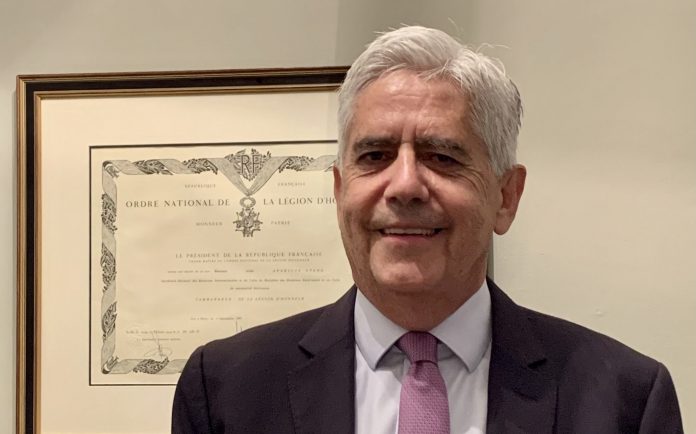 Jaime’s impressive resume extends beyond the word-count of this article but briefly, he has a Law Degree from the Higher University of San Andrés of La Paz, the Bolivian Diplomatic Academy and the Institute d’Etudes Politiques (Sciences Po). He was formerly the Under-Secretary of State for Foreign Affairs and Acting Secretary of State for Foreign Affairs of Bolivia, Bolivian Ambassador to the United States of America from 2002 to 2006 and the elected President of the Inter-American Juridical Committee of the Organisation of American States.

Elizabeth Deheza, our CEO, said, “We’re honoured to have Jaime join our team to lead our  activities in Washington DC. The wealth of experience he brings to the table from a distinguished career as a lawyer, diplomat and executive advisor will be extremely valuable to Deheza and its clients.”

Jaime Aparicio-Otero added, “Despite the challenges of a region badly affected by COVID-19, social and political polarisation, and a lack of regional integration, Latin America still presents compelling opportunities for businesses and investors amid global turmoil. Deheza has an impressive track record of providing meaningful strategic counsel to the executives of leading corporations and entities seeking clarity on a range of business-critical issues in Latin America by leveraging the experience and knowledge of experienced market and industry natives.”

Deheza is a strategic intelligence company focused on Latin America. Our source-led intelligence guides decision-making around commercial, political, social and governance risks and opportunities for global businesses. Founded in 2014, we have delivered hundreds of engagements across 21 countries in Latin America, including all major economies. Our clients include some of the largest corporates, asset managers and professional services firms in the world.