Across Latin America, administrations remain too hostile to Public-private partnerships. As the region’s financial markets are becoming increasingly sophisticated, the model should be more widely embraced. Few other alternatives have so effectively developed the continent’s lagging infrastructure. 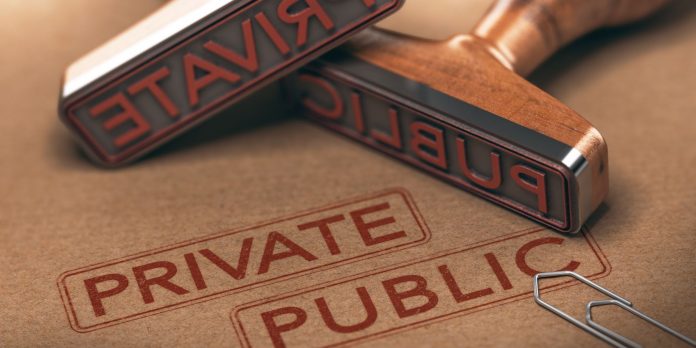 For much of its recent history, Latin America has had a somewhat peculiar relationship with Public-private partnerships (“PPPs”), a contractual model that allows the public sector to utilise the expertise of the private sector. In part unsurprising, given the region’s oscillating political dynamics – leftist nationalising zeal and right-wing populist protectionism do not bode well for meaningful engagement with private sector actors.

Political considerations, resource nationalism and the influence of powerful unions aside, one of the most significant obstacles hindering a warmer embrace of the PPP model has been the lack of knowledge of the value they can bring to infrastructure development and a lack of clarity as to how the model works. True, the PPP ecosystem – from concessionaries, fund managers, banks, multilateral agencies and academia, can be overwhelming to administrations with little experience of engagement with such partnerships but that is no excuse to eschew the model.

In this article, we argue that PPP’s have been an effective mechanism for Latin America to inject not just finance but vision and dynamism into flagging infrastructure.

The reality of strained fiscal resources, soaring inflation, creeping unemployment and infrastructure that lags developing market peers in Asia has forced administrations to rethink their approach to PPPs. A combination of more limited access to financing as well as an increasingly cautious approach from lenders themselves – including China – has also stoked interest in the model. PPP financing can be tapped through a variety of mechanisms and from Brazil to Mexico, governments have promoted private, hybrid and pension fund investments alongside guarantees and a raft of subsidies.

On the legislative front, governments have also moved quickly to introduce changes to PPP legislation, contracts and rules.

According to research from the Economist Intelligence Unit and the Inter-American Development Bank (“IDB”), virtually all of the major economies across Latin America now have sufficiently sophisticated financial markets needed to effectively execute PPP contracts. Indeed, several administrations are now planning to implement PPPs in sectors ranging from transport, energy and water to government offices, healthcare, arts and justice.

However, Latin America continues to invest less in infrastructure as a share of GDP than any other region except Sub-Saharan Africa. Given that the region’s infrastructure needs have not abated – indeed IDB research indicates that underinvestment across the region has resulted in a loss of 1% of GDP and is set to rise, spending deficits can no longer be kicked into the long grass.

In recent years, PPPs have been instrumental in upgrading the region’s airport infrastructure. In a report published by the IBD, Latin America has had since 1990 the highest number of PPP-supported airport projects of any region in the world with over USD 38 billion invested in 168 airports which in turn handle around three quarters of total traffic in the region.

Rapid regional aviation growth during the 2000’s created fertile ground for PPP initiatives to develop infrastructure to meet demand service growing maintenance challenges, the costs of which were in the hundreds of USD millions.

Regional operators handle 45% of the traffic of the region, with management led by Argentina’s Corporación América, Brazil’s Invepar and Colombia’s Odinsa, among a slew of entities that have expanded beyond their country of origin to partake in PPP projects across the region.

Most PPP aviation developments across the region have been on brownfield sites – which tend to be more attractive to developers from a regulatory standpoint with simplified tender processes which spiked private sector interest.

Aviation is a good example of where PPP demonstrates how the private sector assumes business, operation and construction risks, while the public side handles land management, political and regulatory risks. Naturally, PPP contracts do not always run smoothly, and renegotiations are commonplace which can affect the volume of investment, government payments and rated.

Back in September 2020, Mexico’s president AMLO pulled the plug on a Blackrock-led highway project, stating a dislike of PPPs because it would be “cheaper for the government” to provide finance itself. “The announcement was a disappointment and the next one is not expected to be better,” explained an executive at a construction company in Mexico at the time. Just a few weeks later, the administration announced a USD 14.3 billion agreement which included 39 infrastructure projects to be financed by PPPs.

Indeed, according to a senior bidding manager, “Despite perception, there is little in reality to suggest a predisposition of the federal government against the private sector, there are various opportunities at the national and local level to continue developing strategic infrastructure.”

Sergio Lazzarini (“Lazzarini”), a professor at Canada’s Ivey Business School and specialist in PPPs in Latin America explains, “Privatisations, broadly speaking, are not that popular across Latin America because of the fear that private owners will monopolise markets, reduce output, and charge excessive prices. This was the case in Mexico, where state-owned firms were concentrated in a single or few groups.”

Despite sometimes high levels of public distrust, PPPs can be more palatable if governments signal effective supervision, and they may even be implemented by more left-wing governments because they do not involve the complete and outright sale of state assets to private firms.

Administrations across the region have wrongly regarded PPPs primarily as an instrument to tackle fiscal constraints. “Suppose that a government wants to build a road in remote areas. If the investment is not sufficiently attractive to the private sector, the government will need to find ways to subsidise it,” adds Lazzarini.

This is even more complicated in services that are not directly funded by the local population, such as prisons. Furthermore, in well-designed PPPs the government needs to offer payment guarantees and add contractual provisions to mitigate the risk that future administrations will push for lower prices.

All those things are costly from a fiscal standpoint. Therefore, it is better to view PPPs as a mechanism to increase operational efficiency and productivity, with the caveat that the pursuit of savings and efficiency should not lead to the neglect of service attributes that are relevant to the target population.

As presidential elections loom in Brazil, Lula’s Labour Party has historically been opposed to privatisation but in practice pursued several PPP collaborations. Prouni, a subsidy programme to support low-income students in private universities, was implemented by his administration and can be considered one of Brazil’s flagship PPP collaborations.

During the term of Lula’s successor Dilma Rousseff, there were several PPP contracts in airports and roads. They were far from perfect due to design and regulatory issues, but they indicate that a new Lula presidency may not necessarily reject PPPs as a policy option. We think this is a good idea – a report released this month by the IADB says Brazil has the best environment on the continent for developing effective PPPs.

A broad gamut of sectors can benefit from PPPs. Key, as Lazzarini discusses in his new book The Right Privatisation is the presence of capable governments that define policy objectives, set the correct incentives for private engagement, and know how to collaborate with private investors.

Gradually countries will develop expertise in certain areas and will be able to spread their expertise in multiple projects. For instance, a country may initiate PPPs in sanitation or public lighting; if successful, those PPPs can stimulate new initiatives across the country, and so forth.

Naturally, there are regional disparities. What matters is the size of the financial market and the tradition of project finance using private funds. In Brazil, for instance, there has been an increase in the use of private bonds to fund projects especially in the electricity sector.

“PPPs should also try to engage impact- or ESG-oriented investors seeking projects that have relevant social or environmental dimensions,” adds Lazzarini. For instance, water and sanitation projects require large investments and can generate substantial impact in terms of reduced diseases and pollution. Sometimes investors prefer social projects that are executed solely by private firms, but the impact of those projects can increase if they have a cross-sector orientation.

As PPPs become more visible across the region, what’s important is how administrations will use them to address infrastructure deficits amidst fiscal pressures and to ensure that there is adequate risk distribution among PPP partners. Of course, for PPPs to function as effective long-term financing mechanisms, political, regulatory, and institutional maturity is required which has been sorely dented across the region in recent years.

Ironically, Covid has given impetus to PPP involvement to solve public policy challenges. In Mexico, patients benefited from access to the latest drugs and medical technology designed to combat Covid including high-flow oxygen therapy, and cutting-edge diagnostics. The USD 76 million cost of setting up, equipping and running the hospital was met by PPP consortiums.

The IDB now estimates that more than USD 150bn needs to be invested in hospitals and health centres across Latin America to bring them up to international standards.

We think much of the region would do well to look to Brazil’s PPP regulatory framework, particularly four key strengths: a well-funded agency that supports PPPs, the efficient selection of projects to become PPPs, watertight ESG due diligence and frequent impact assessments as the projects progress.

As the use of PPPs continues to grow across Latin America, governments across the region share the challenge of ensuring that they are prepared to maximise the positive impacts and minimise the risks of these investments. From helping to clean up Panama, and revitalising rail networks in Chile and Jamaica, PPPs spread a project’s cost over a more extended period of time and thus free up public funds for investment in sectors in which private investment might otherwise be impossible.