Healthtech dynamism is disrupting traditional healthcare models across Latin America and could provide much needed help to poorer, rural and indigenous communities. 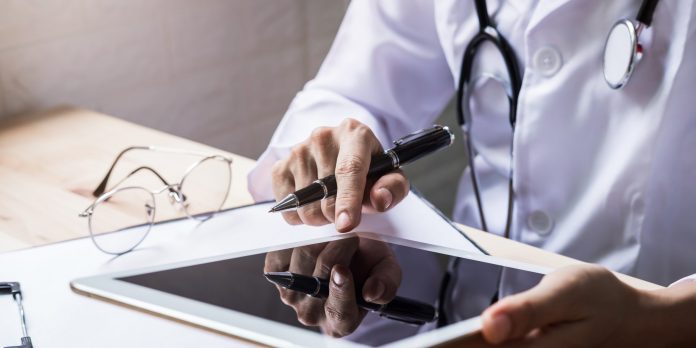 Healthcare in Latin America has been woefully inadequate for decades. Long waiting lists, a deficit of medical professionals, persistent underfunding and stark divides between public and private healthcare infrastructure are but several of the region’s chronic challenges. The privatisation of public healthcare has been poorly regulated. Equity gaps continue to exist even in healthcare systems considered models for the region including those found in Chile and Uruguay.

Covid put into sharp perspective, the ways in which healthtech can surmount the challenges of geography and transport logistics, reaching communities which have historically fallen outside of healthcare nets. Whilst the pandemic functioned as an important catalyst, healthtech experienced rapid growth even before the pandemic. Between 2014 and 2019, the number of healthtech startups in Brazil more than doubled from 160 to 389 companies. The sector also saw healthcare-adjacent companies, gyms for example, shifting towards healthcare provision. Brazil’s gym subscription unicorn, Gympass, effectively pivoted to include remote nutrition and mental health services to its customers during the height of the pandemic.

Indeed, Brazil is leading the region’s healthtech revolution. Founded in 2017 and currently serving 1.5 million patients per year, healthtech startup Nexodata – which provides digital medical prescriptions – raised BRL 35 (USD 6.7) million in a new investment round in July of last year, with the participation of companies such as Meli Fund, Mercado Libre and São Paulo’s Hospital Israelita Albert Einstein. According to Distrito data, Brazilian healthtechs raised some USD 400 million in investment rounds between 2014 and 2020.

Healthtech has turned challenges into opportunities and in this sense, geography has helped spur innovation. Many people across the region are unable to access general healthcare clinics let alone those that focus on providing specialised medical treatment, cancer care for example. Such clinics are often hundreds of kilometres away from those that require their services. In Mexico, the mental health startup Yana benefited from allowing people to access consultations online – treatments that are not physically invasive lend themselves well to this kind of a business model pivot.

When it comes to healthcare, regulation matters. This is a problem across Latin America where healthcare regulatory frameworks are sorely underdeveloped.

According to Gustavo Possel Spano, a healthcare management physician based in Chile, “Regulation is very poor and immature across Latin America. Until recently, telemedicine was not regulated as doctor-patient care in many countries including Brazil, Colombia and Peru. Telemedicine consultations in these countries were limited to doctor-doctor care, especially to support doctors in remote areas. The pandemic has changed all of this. Telemedicine has become a matter of national priority for governments, there is a lot of effort in pushing through regulation.”

Indeed, almost every country in the region now has regulation regarding telemedicine, through either federal or national laws, or by administrative acts by ministries or regulatory agencies. Colombia already has a law regulating telemedicine, dating from 2018, as well as neighbouring Paraguay which implemented its own regulation in 2015. Argentina, Brazil and Uruguay sanctioned their own telemedicine laws in 2020 – impressive foresight as they recognised how the pandemic would profoundly affect in-person healthcare access.

In other healthtech-regulation related areas, the drive to develop health technology assessment (“HTA”) agencies across the region stems from the late 2010’s. Argentina pioneered this in 2009, with the creation of its HTA agency, followed closely by Uruguay (2010), Brazil (2011) and Colombia in 2012. Chile is lagging its peers and waiting for a necessary reform of its sanitary code to better regulate the field, but in 2020 created its national HTA agency.

Naturally, the region still looks closely at evaluations undertaken by the FDA in the United States and European HTA agencies before allowing for the deployment of medical devices and drugs in their markets.

Healthtech could be key to tackling gender inequality across Latin America. Importantly, the increasing adoption of tech across the region’s healthcare systems is playing a leading role in improving access for women, to high quality medical services at low costs.

“As a result of the high adoption of healthtech, pharma companies could be able to access a monumental amount of data from a market it was impossible to access in the history of the region and that will allow the industry to use real world data and evidence to increase the speed of drug development, reduce time to market and lower overall diagnosis and treatment prices,” according to Guillermo Pepe, CEO of Mamotest, the first telemamography network in Latin America.

Indeed, such developments should allow governments to design better public policies and insurance companies to save money by focusing on prevention.

Reaching those most in need

The geography, rural-urban divide and socio-economic disparities of Latin America present a particularly pernicious obstacle to the reach of healthtech across the region. Digital access is a precursor to healthtech access – in communities where digital infrastructure is nascent or even non-existent which can be the case in rural indigenous areas, digital penetration will have to improve.

For Guillermo Pepe, “Even in very distant and underserved communities you have smartphones and medtech devices/apps serving groups of numerous people. For places with underdeveloped infrastructure, it is sometimes more efficient and effective to work on prevention by screening asymptomatic women on pre-scheduled appointments to the closest urban areas.”

The pandemic spurred a significant rise in the use of telemedicine. Post-pandemic, we expect telemedicine to increasingly complement physical consultations; the challenge lies in ensuring that poor and isolated communities with limited understanding or access to digital infrastructure are not left behind.

Telemedicine became a valuable tool for healthcare providers during the height of the Covid crisis, revolutionising how medical care is – and can be – delivered. The CEO of a regional healthcare technology company based in Peru described the market, “There has been a boom at the local level in telemedicine as most patients had to be diagnosed from home during the pandemic. There have been 9 million telemedicine appointments in Colombia alone since the pandemic began, a 7,000% increase on the prior year. The growth will continue and because of the region’s common language cross-border tele-appointments are possible too.”

Nonetheless, obstacles must be overcome before telemedicine can achieve mainstream status. The first one is infrastructure. Although communication networks are robust in some Latin-American countries such as Chile, Costa Rica, and Uruguay, less than 50% of Latin America had fixed broadband access in 2021. Within each country, the access and digital literacy gap between the poorest segments of the population living mainly in rural areas (which arguably are the ones that benefit the most from telemedicine schemes) and affluent city dwellers is stark.

In rural areas, transport deficiencies can hinder physical medical appointments which is a problem as telemedicine will often at some point necessitate physical examination, rehabilitation therapy or surgery. Nonetheless, it is highly likely that telemedicine will shine in early disease screening, and the treatment of already diagnosed chronic patients, in tandem with drone drug delivery services.

There are several barriers that could impede the maturity of the sector. The CEO of a regional healthtech in Peru explained, “Until recently, medical prescriptions had to be on paper, only now are electronic prescriptions being issued with an advanced signature that can be scanned by the pharmacy. Integration of these electronic service platforms is challenging though.”

Despite the excitement, healthtech has not been quite the gamechanger forecast, especially in rural areas where the digital divide remains stark. A regulatory health expert explained, “The main quagmires in the health sector are still the rise of chronic illnesses regarding lack of physical activity and low-quality food – this affects poorest communities the most. At the Latin American level, the situation may vary, since most of the region still struggles with undeveloped country epidemiology, affected by social determinants of health.”

In addition, physical examination is not easy to replace as a diagnostic tool. Domestic diagnostic devices are currently expensive, and are limited to sounds, images, and specific measurements including temperature, heart rate, and blood pressure. “Consider for example the diagnostic value of touch and smell, and the current impossibility of accurately conveying them through digital means,” adds Gustavo Possel Spano.

That said, investment flows remain healthy. Many regional healthtechs are now raising substantial amounts of capital through investment rounds and are increasingly looking to acquire competitors. Brazil’s Alice – a primary health insurance provider – acquired Cuidas – a corporate health programme – recently whilst Chile’s Grupo Inexoos plans to expand across Latin America primarily through acquisition. Before healthtechs get too carried away with a frenzy of acquisitions, they need to surmount a more practical obstacle – integrating healthcare records. “That’s a must if we want to see growth in the local healthtech markets,” says the regulatory health expert.