Use of natural remedies increase during pandemic. 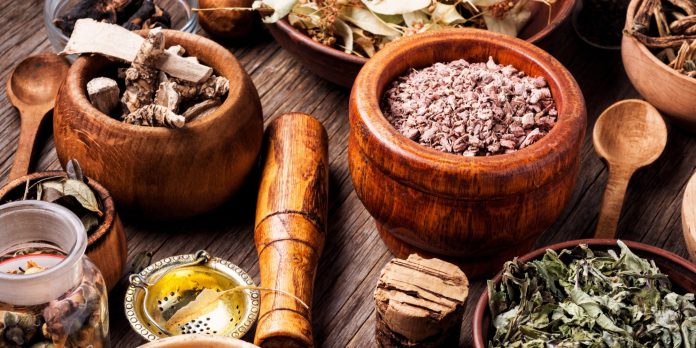 Over one million people have been infected with coronavirus in the Amazon, and the number of deaths from COVID-19 in the region is over 37,000.

This pandemic has underlined the huge inequality in infrastructure across Latin America, which directly impacts accessibility and healthcare. To cope with the lack of basic healthcare and public health authorities, indigenous people in Colombia, Bolivia and Brazil are relying upon traditional medicine to stay healthy.

Let’s be clear, these remedies are not being proposed as cures for COVID-19, they are being recommended as ways to stay healthy as healthcare infrastructure and government support is not able to reach them. The recipes are based on the collective wisdom of Mojeños, Tsimanes, Yuracarés and Movimas people.

Paula Noza, President of the Multi-Ethnic Indigenous Territories (TIM) explained, “We made this cookbook as we are concerned about the pandemic that broke out last year. (…) That is why we continue to preserve [knowledge] and now we want people to know about it.”

In addition, the Tsimané community, which belongs to the TIM, developed a health protocol together with doctors and anthropologists that consists of special care for the elderly, control of access points in their territory, care of people in quarantine, tracking of contacts and dissemination of information in their indigenous language. Noza explains, “It is not the first time that we have been threatened. To live we have always had to fight.”

“It is not the first time that we have been threatened. To live we have always had to fight.”

Demand for traditional medicines globally has produced a spike in demand for ginger. Peru, the fourth largest exporter of non-crushed and non-ground ginger, saw a 168% increase in ginger exports during the first 4 months of 2020.

“Ginger consumption has increased since the start of the pandemic, boosting exports from Peru.”

An executive at a large ginger producer in Peru explains, “Ginger consumption has increased since the start of the pandemic, boosting exports from Peru. China [the world’s largest producer] has seen domestic consumption spike at the same time as having supply problems so they haven’t been exporting. This has left a gap for other countries, like Peru, to boost exports.”

Every country has its own traditional remedies, from the hot-toddy to ginger tea, however, what the developing world really needs now is a cheap and effective vaccine.