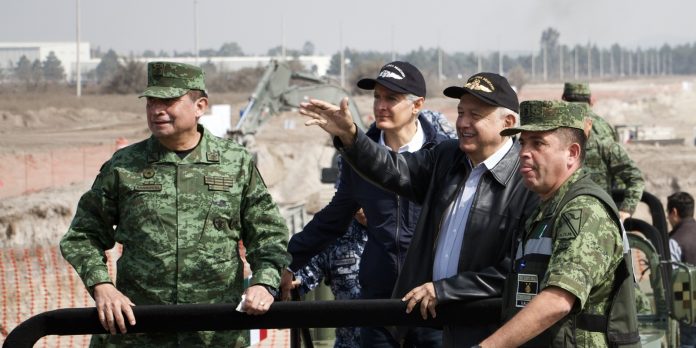 President Andrés Manuel López Obrador (AMLO) and his government have a strained relationship with private investors. This is especially evident in the infrastructure sector, where the President’s dislike of public-private-partnerships (PPPs) is causing much concern and confusion.

The latest problem is the delay and rumoured cancellation of a maintenance, rehabilitation and operation (MRO) PPP tender launched by the National Bank of Public Works and Services (Banobras) for the South-East Package of highways and bridges which covers 523 kilometres of toll motorways in Veracruz, Tabasco, Campeche and Chiapas.

The MRO received strong interest. In October 2020, Banobras received eight technical and economic proposals from various groups. The largest consortium is made of 12 companies, led by ICA, Prodemex, Mota Engil México, GAMI, La Peninsular and Calzada Construcciones. The second consortium has 8 companies and is led by Sacyr Concesiones, Grupo Industrial Rubio and Constructora Gordillo. In third place, with 7 firms, is the consortium led by Caabsa Infraestructura, Constructora de Proyectos Viales de México and Gluyas Construcciones. Others include Coconal, Omega Construcciones, México Compañía Constructora, Aldesem and Cointer, which have some subsidiaries as partners.

Alarmingly, rumours have been circulating recently that, following numerous delays, the government is seeking to cancel the PPP. Apparently, the Secretary of Communications, Jorge Arganis, and the Director of CAPUFE (the agency responsible for Federally owned roads and bridges), Elsa Julita, are against the MRO offer.

This would cause huge embarrassment for Banobras and would infuriate a large number of construction companies that have invested time and money competing for the works. An infrastructure consultant observes, “The Southeast tender has many bidders, I think that is why they continue to postpone it, because they have to justify the reasons for the cancellation very well.”

“The Southeast tender has many bidders, I think that is why they continue to postpone it, because they have to justify the reasons for the cancellation very well.”

An infrastructure investor with direct experience of dealing with AMLO was not surprised, “The government do not understand the usefulness of MROs, they only understand public works and it is increasingly clear that private participation is being banned.”

“The government do not understand the usefulness of MROs, they only understand public works and it is increasingly clear that private participation is being banned.”

When questioned about the rumours, an executive at a construction firm bidding for the work seemed to be in denial, ” I don’t believe the government has such a predisposition against the private sector. If this was cancelled, it would set a lousy precedent in a year where major projects are expected to trigger the regional economic recovery.”

An independent consultant, expert in the structuring of infrastructure projects in Mexico seemed to be better informed, “The bidders haven’t been notified yet but there is definitely the intention to cancel the tender. I know that PPPs are in Banobras’ interests and these are Banobras’ highways, but if AMLO wants to cancel it, then he will.”

This may just be another cancelled PPP but Mexico needs private resource to bridge the infrastructure gap. Relying on the army and the public purse for construction is not sustainable, AMLO must gain the trust of private investors.