Geopolitical unpredictability, ESG concerns and countering China’s march across Latin America means that Washington will increasingly look to reorient supply chains to the hemisphere. Nearshoring has never look so attractive. 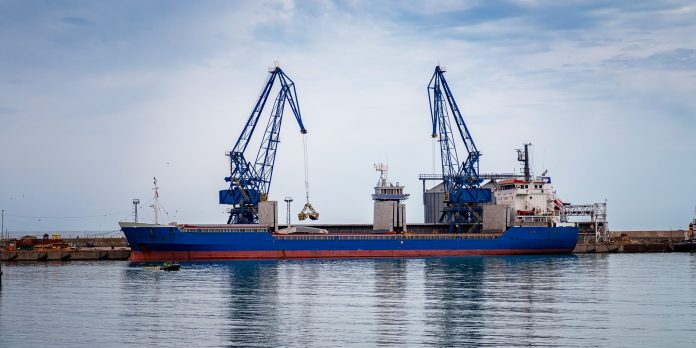 By the time the Coronavirus pandemic erupted two years and a half ago, the case for shortening and consolidating supply chains was already gathering pace. Latin America had long found it difficult to compete with Asian economies where production has been comparatively more efficient – products could be exported to market faster and labour costs were generally lower. Leveraging its resources as the world’s most populous nation and along with its world-leading manufacturing expertise, Chinese dominance as the supply chain capital of the world seemed unshakeable.

The trade war between Washington and Beijing injected new impetus for businesses to take a closer look at Latin America as a viable alternative to relocate production lines to the same hemisphere – politically driven export controls on the other side of the world is not good for business. Indeed, the pandemic exposed the degree to which a significant number of US multinationals were exposed to China’s fluctuating and, at times, unpredictable business environment. In practical terms, this meant a significant dip in Chinese exports during the pandemic which exerted a knock-on effect for global supply chains. War in Europe has also put into sharp focus the need to ensure that supply chains are reliable, in this sense, being closer to home can be a real asset.

The benefits are mutual. Supply chain reorientation to Latin America could provide an economic boon to the region. Indeed, according to research published this month by the Inter-American Development Bank (“IDB”), nearshoring could add an annual USD78 billion in exports from Latin America and the Caribbean with industries including renewable energy and pharmaceuticals set to benefit the most.

The good and the bad

Much of Latin America shares a cultural affinity with the anglophone world, particularly that of North America, where shared time zones and geographical proximity make for an obvious outsourcing partner. The region is home to an increasingly educated middle class – education and expertise is by no means homogenous across the continent – but Latin Americans are nonetheless significantly better skilled and more proficient in English than in comparison to a decade ago.

Wages are a critical factor considered by businesses who are looking to outsource operations and production. No surprise then that Asia, with its substantially lower labour costs than Latin America has historically been a more attractive region for such activities. That said, sharp differentials in salaries between North and South America put into perspective how cost efficiencies can be made without losing technical expertise – the median annual salary for a software engineer in Latin America’s major cities such as São Paulo, Buenos Aires and Santiago earns between USD 25-35,000. Compare this to the salary of an equivalent professional based in New York for example, who can easily command USD 90,000 +; add to the mix significantly lower office rental prices and it’s easy to see why attention is turning south.

Indeed, the executive of one of the largest customer relations management (“CRM”) and business process outsourcing (“BPO”) providers in Latin America remarked, “Certainly, businesses are going to by paying higher wages here than in India or the Philippines but better linguistic skills and a greater familiarity with US business culture gives our region a distinct advantage. Wages are naturally an important factor to consider but so too is the quality of the service offered to the customer.”

On other metrics, glaring inter-regional differences can be stark. While countries including Uruguay, Chile and Costa Rica are well known for commitment to rule of law and lower levels of corruption in comparison to much of the neighbourhood, their domestic markets are negligible compared to giants like Mexico, Brazil or even Argentina where the business environment is much less certain. So too, the development of physical and digital infrastructure – critical to supply chain efficiency – is not homogeneous across the region.

Other factors too could dampen nearshoring excitement. The instability of local currencies and soaring levels of inflation increase the degree of uncertainty both on business revenue and cost. On the employment front, hiring inflexibility has made the region less competitive compared to peers in Asia and the Middle East. Argentina and Chile are especially rigid, only allowing for the hire of full-time workers and with layoff costs so high that they end up discouraging companies that could be significant employers.

When it comes to supply chains, geography matters, especially during times of heightened political and economic uncertainty. Despite its myriad challenges, Mexico remains the number one choice for US companies looking to outsource manufacturing and logistics. Indeed, its proximity to the US combined with the stability of the reconfigured USMCA and a huge domestic market has transformed Mexican manufacturing.

From the traditional labour-intensive textile sector, the country has now diversified into semiconductors, electronics, auto parts and medical equipment – the research hubs of medical equipment producers based out of Los Angeles and San Diego are closely connected to companies producing in Tijuana, on the California border.

Whilst China remains the largest exporter to the US – accounting for 20% of total dollar imports – in 2021, Mexico is catching up and now accounts now for 14% of the total value of imports to the USA, 30% higher than in 2015. Chinese exports during the same period increased by just 8%.

Unfortunately, the populist tendencies of Mexican president AMLO’s administration including halting the construction of a new international airport, changing fiscal deductions for Maquiladoras – duty-free and tariff-free factories close to the US border and recent proposals for electricity market reforms, have negatively affected market confidence. Critically, stability and reliability drive nearshoring reorientation – in Latin America, politics too often gets in the way of this truism.

A managing director from Prologis, a Mexican logistics and real estate company explains, “The electricity market is far from reaching efficiency levels. For some companies thinking of nearshoring to Mexico it is not just a matter of paying a reasonable price for electricity but also about the uncertainty of whether they will have access to the electricity grid in some areas of the country.” Nearshoring opportunities will only remain attractive so long as governments remain committed to infrastructure development – from energy to transport – that makes such a reorientation commercially viable.

On the digital front, Latina America’s young and tech-savvy population has helped to transform the region into an increasingly attractive destination for BPO from call centres to back-office services which often require legal and accounting expertise. “Some years ago we had to bring people from our headquarters to train people if we wanted to increase our operations in Colombia. Today this is no longer the case. We have enough skilled workers in the country,” explains a BPO manager working with teams across the region.

Companies thinking to relocate to Latin America will find enormous opportunities to align their activities in the region with their ESG goals where there is value not just commercially but reputationally. Alejandro Ferrari and Inés Bonicelli from Uruguay XXI, the agency responsible for the promotion of exports, investments, and country image, explained that the country is not only attracting companies for global businesses and innovation but also those seeking for sustainable production. 97% of the energy produced in the country comes from renewable sources.

For companies, there are opportunities to contribute to greater social mobility, this has tended to be less of a priority in China where Beijing heavily curtails social outreach activities from foreign multinationals. Some companies choose to offer schemes for first time jobs (that may at the same time profit of good government incentives) or prioritise the inclusion of certain communities.

The future is near

To remain both attractive and competitive as a nearshoring destination, countries across Latin America will need to continue working towards improving the rule of law, lowering barriers to trade and investment and consolidate economic and political stability. On the ground, infrastructure matters – poor road networks, bottlenecks at ports and chronic underinvestment in airports means it’s harder to get products to market, these are exactly the kinds of things that matter to US multinationals.

Human capital on the other hand has improved greatly across the region in recent years – Latin Americans are today better educated and more tech-savvy than at any point in history. Certainly, during the commodities boom of the 2000’s – governments should have directed greater fiscal resources to upskilling but better late than never.

Startups across Latin America, which in recent years have attracted a record volume of venture capital and have benefited from increasingly sophisticated digital infrastructure, speak to an innovative and problem-solving mindset that can make supply chains substantially more efficient.

For companies to the north, greater efficiency means lower costs. Latin America has always had a significant manufacturing base but as eyes turn towards the region’s natural resources and human capital, the region is set to play a far greater role, not just in hemispheric but global supply chains.